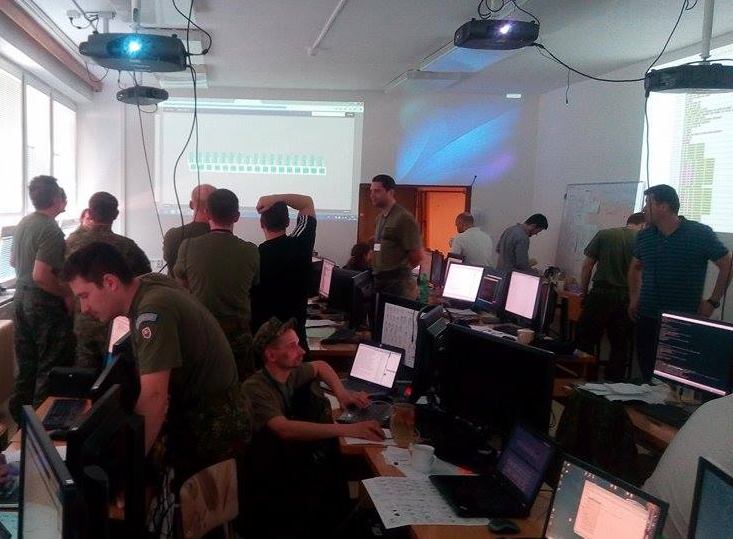 Ok, it was just a war game, but to be honest, it was very realistic. Some members of the Binary Confidence team participated in NATO Cooperative Cyber Defence Centre of Excellence trainings.

This year we got a unique opportunity to support the Slovak Army in a NATO cyber war game called Locked Shields. Our team scored 6th out of 17 NATO member teams!

NATO prepared a very exciting and realistic environment. During the game, we were provided with a complex environment consisting of poorly maintained servers, network devices, and workstations of a company manufacturing drones. Some machines were internet facing or acting as information kiosks on a trade show so each service interruption was treated seriously.

The game took two days and gave us plenty of surprises, during which our team was furiously fixing not yet patched servers, constantly adapting network firewalls and defending well-prepared attacks by the opposing team.

To get real-life experience, a special third team was simulating the worst nightmare of every administrator – company employees who don’t think before they click but still require access to the systems to perform their daily tasks.

To increase pressure on our team we had the press demanding statements of what is happening when our web page was defaced or kiosks were offline.

In the end the attackers started taking over the drones of other teams and flying them over a neighbouring country’s capital. Our team was able to safely down compomised drones to prevent serious a diplomatic incident.

Our team also managed to keep all critical services running, defended most machines and quickly brought compromised workstations back to a safe working state.